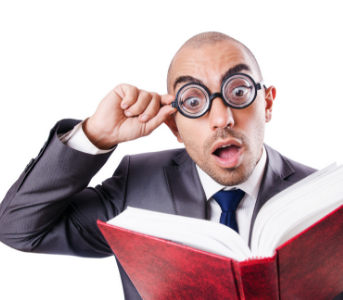 Once upon a time there lived a business book author who’d just completed their book.

Which was great. But when they read it back they had to admit it lacked a certain something. It was full of useful information, but was . . . well . . . kind of flat.

Then it hit the author between the eyes. Bam! The book needed stories to liven it up. No problem, they thought – they’d add some case studies and personal stories to deepen the points and make them memorable.

Things were back on track.

Yet this is when the problems really started, because our author discovered that writing engaging, believable and readable stories is no picnic. Have you ever found this? We read them in other people’s books all the time, but when it comes to writing our own we can get stuck.

However, all is not lost, because while telling a gripping story is an art, every successful story is born from a template. This means that you, the author of a business book, can be a brilliant story teller when you know what to do.

I have to pay credit to a wonderful book called Into the Woods by John Yorke as I write this post. The wisdom in it, and in his business storytelling course, has made my advice possible.

Every story, whatever it’s about, is made up of eight elements.

A main character or hero (also called the protagonist). The story is written from their point of view, so this is the person your readers care about most and who initiates most of the action. In a business book story this could be you (the author), one of your clients, or someone else who goes through a challenging process.

The thing that main character wants (in other words, their desire). Their quest to fulfil their desire is what drives the story forward.

A kick-start (also called the inciting incident). At the beginning of a story the protagonist is usually pretty content, but then something happens to turn their world upside down. This forces the protagonist to solve the problem, restoring order and bringing back what they have lost. Think of Frodo Baggins in Lord of the Rings. At the beginning  he lives a contented life at home, but is then given the task of returning the Ring and this sets off the motion of the story.

A journey. This consists of how the protagonist responds to the event above, the actions they take as a result, and how they change along the way. Every story is essentially a quest, driven by the main character’s desire to solve the problem they’ve been given.

A crisis. After the main character has overcome all the difficulties put in their way by the baddie, they need to solve one last seemingly insuperable problem. This is the moment of choice: do they give up and go home, or learn from their experiences and succeed? The inclusion of a crisis makes a story less predictable and adds emotional depth. Think of action movies in which the hero faces his nemesis towards the end – how will he or she get out of that terrible situation?

A ‘fight to the death’. Naturally this doesn’t have to be to the literal death, and in a business story one would hope it wouldn’t be. But it’s the final show-down between the protagonist and antagonist, following the crisis. It usually takes place well away from the protagonist’s ‘home turf’ – they’re thrown back on their own resources.

A resolution. This is the moment of winning, or of overcoming the challenge set at the beginning of the story.  It’s also when rewards and punishments are handed out. The resolution is an important element because it allows you, the author, to reinforce the lesson you want your readers to learn.

Putting your story into a business context

‘Okay, so this works if you’re a novelist or an action movie maker. But how’s it relevant to a business book?’

This is a good question, and first I’ll show how these elements fit into a ‘real life’ story you might be familiar with: a typical episode of The Apprentice.

Main character: in this case multiple protagonists – the contestants.

What they want: to win an investment from Lord Sugar.

Baddie: whatever stops them from achieving their desire, which is usually the other contestants, lack of time, and lack of knowledge.

Kick-start: the challenge Lord Sugar lays down at the start of each episode.

Journey: the carrying out of the task itself, with all the pitfalls that entails.

Crisis: the rush to complete the task in the final few minutes. Will or won’t they make it?

Fight to the death: the boardroom show-down in which the final three contestants battle to stay in the game.

Resolution: the hugs, the tears, and the return of the victorious contestants to the shared house.

What this means for your  business book stories

You may be feeling it’s a bit of a tall order to write a mini Lord of the Rings every time you want to give a case study or tell a short story in your business book. And you’d be right – it is.

But you don’t need to think of this as an epic task. These elements are simply there to guide you through the process of writing something that will engage your readers – think of them as a check list to make sure you’ve not left a crucial aspect out.

To take a simple example, if you were a weight-loss coach you might want to tell the tale of how a particularly challenging client of yours shed the pounds. Your main character is your client; their desire is (naturally) to become slim or healthy; and their ‘baddie’ is the range of temptations standing in their way such as fattening food, apathy about exercising, and so on. The kick-start is the moment they realise they need to lose weight, such as when their doctor tells them they’re cutting their life expectancy by 10 years because they’re so heavy.

The journey they go on is to find you and allow you to help them. The crisis (which often gets left out in business stories) could be their worst point – for instance, when they realise they’ve put on weight instead of losing it because they’ve gone off track. This leads to a showdown with their ‘baddies’, when they throw out their sugary snacks and replace them with healthy ones. Then comes the resolution, which is their target weight gained and approval from their doctor. They also learn they are more powerful than they had thought.

You see how this can work? Without taking into account the basic story elements you might have left out the kick-start, which shows what was at stake for your client. Or you could have omitted some of the challenges they faced, which would taken away much of the suspense of the story.

But with these elements included you’ve got the ingredients for a suspenseful and engaging tale. Multiply that by several stories, and your business book will come to life.

Learning how to write a great story takes a little effort, but once you master the basics you’ll have your readers eating out of your hand. Your business book will be the one they can’t put down, the one they remember, and the one they recommend to their friends.

And it all comes down to this handy list of storytelling ingredients.