This is a guest post by Emma Sutton, author of the recently published real-life story about starting her family And Then There Were Four.

When I first started writing my book, I thought that getting the stories and words on paper would be the biggest battle – carving out the time in my diary to keep the momentum going, planning the outline, letting the words flow, and reading what I had written without cringing too much. Little did I know that writing was just the start.

When I realised that there might be a book in all these stories, I began to ponder the question that gets under the skin of most writers – to self-publish or to approach traditional publishers.

‘Would you rather see your book on the shelves at Waterstones or have more people read it?’ was Ginny’s response when I sought her advice. [Note from Ginny: was I really that blunt? I must brush up on my communication skills].

The lightbulb went on, even if my ego was sulking about not seeing it on the shelves in my local bookshop. I wanted people to read my book, so self-publishing it would be.  At least I would have full control, even if it meant I would have to foot all the bills too.

‘Self publishing’ sounds very self-contained doesn’t it? Yet I was soon to learn that there would be a lot of other people involved in my ‘self’ published book.

Mid-writing, wracked with self-doubt, I published the opening chapter of my book online. I was nervous but the response was overwhelmingly positive. A few days later I added some more, and the comments were equally enthusiastic.  But one person stood out: Pam, who became my SuperFan.  When the whole book was an unwieldy tome, I sent an A4 printed, unbound copy to her in the post and waited anxiously for her verdict. She loved it, but added that there was a chapter missing.  Missing?  I was aghast but listened and then had another a-ha.  She taught me how useful it was to see the book through the eyes of a reader who didn’t know the content or my story, and her input hinted at what I might get from working with a professional.

What next though and who? Ginny suggested a structural edit would be useful, and she was wrong.  It wasn’t useful, it was book-changing, life-changing, incredible.  A wonderful editor called Rachel Small read the entire manuscript and helped shape my stories into the book it would become. She gave me amazing feedback on my writing (‘love this’), her emotional response (‘ha ha’, ‘Gah, I’ve just put on mascara’), and which bits could be cut.  Her input inspired me (she laughed over 80 times in the book), helped me focus on the core story, and in doing so reduced it to a more manageable 110,000 words.

Then I had to respond to her invitation to improve. I edited, reviewed her comments, realised which bits didn’t translate outside the UK (she is Canadian), let go of some chapters, and moved things around a bit.  I wondered if it would ever feel ‘done’ and yet a few weeks later, I just knew.  It was finished.  Ready.  I had done enough to publish.

But this was no one-click-published deal …

Now I was happy with the final manuscript, I send it back to Rachel for copy editing – for her to go through line by line, double-checking spelling, grammar, punctuation and more.  This took several weeks while I avoided reading it in case I was tempted to change something; in the meantime I got on with having a book cover designed.

There was no way I was letting an amateur cover sell my story short. I wanted something simple, powerful, yet light-hearted.  My book is about adoption and I wanted it to draw people in.  Months ago I had written some back cover words, but I rewrote them entirely, adding some comments from readers such as SuperFan Pam.  Then it was over to a professional, Tanja at Bookcoverworld.  She put me at ease, asked lots of questions, quickly produced a few ideas (I fell in love with one of them), patiently let me fiddle with the design until it felt perfect (can we try this?  oh! that doesn’t work) and I couldn’t wait to see it in my hands. I was nearly there by now, surely?

But then, Rachel recommended I had it proofread. What?

If nothing else, I’d learned to listen to the professionals on this journey, so I waited another three agonising weeks for my book to be proofread. Despite my pouting at the delay, I knew that ugly typos in my book would ruin it. Time to welcome Raina Schnider to my self publishing team.  She carefully checked the entire book with a fine tooth comb, discovering paragraphs that weren’t indented, typos, and even quoted Harts Rules in the margins.

Now was it ready?  Not quite.

This bit I did myself (you can pay people to do it, but by then I just wanted it finished so people could read it).  I uploaded it and waited … It took a few more days for Amazon to prepare the page for selling while I waited impatiently to tell the world about my lovely book.  Then one Thursday teatime at 4.30pm I got an email from Amazon telling me the Kindle version was now live.

Hallelujah.  And before I even got to tell people the following morning at 9am, someone had downloaded it, read it, and left me my first 5* review.  WOW!

About a month later, in response to pleas for a printed version, I started an incredibly long-winded and frustrating tussle with a typesetter from the USA who will remain nameless. There were huge delays (every single set of changes seemed to take at least a week) and a multitude of errors (over 70 in total) that it took two months to correct, including footnotes that were in the wrong chapters, inconsistent headings, and indents that were no longer indented.  Gah.

And in the midst of this (when I thought all the typesetting errors were done) I uploaded it to Create Space (Amazon’s print on demand service). I printed some proof copies (which I failed to read because I was too impatient to find another two whole days to read the book from start to finish) and then pre-emptively launched the paperback print-on-demand version.

On holiday, I read the paperback (after its release, tut tut) and discovered lineswithnospacinginthem and another twenty errors that I couldn’t just leave, so I had to go back to the typesetters for an improved version (another 3 weeks of waiting).  But now it’s all done and dusted.

As an author, as the person who created the words in a book, it can be hard to hand over your words to other professionals – to wait and let them do their thing as you stand by feeling helpless. Yet their input is invaluable (if not cheap, costing me nearly £4,000 in total). And it’s made it better, far better than I could have done on my own.

I am proud of have authored this book and humble enough to know I couldn’t do it all by myself. So thank you to everyone who has helped breathe life into my book. 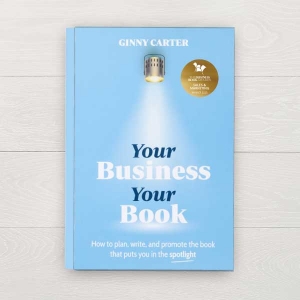 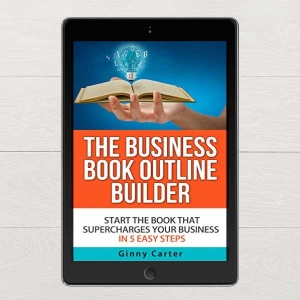